You may or may have heard about Golang but you are not exactly sure what this is. Just to give you a clearer overview, you should know that Golang is also known as Go. It is an open-source programming language that can be used to create effective and reliable software.

Some Details You Should Know About Golang

This was created by Google back in the year 2007. Google was still growing back then and it isn’t as big as it is now. The code that was being used to create it was becoming more complex mainly because of its size. It was the idea of the company’s cloud engineers that coding was already taking up too much of their time.

They have decided that to make things easier for them, they are going to make a new programming language instead. They wanted this programming language to be simple so that it would not take up a lot of time to understand. It should also offer quick performance. Both these traits can be seen in Golang.

This started to become an open-source project and it was released in the year 2012. It became immediately popular. This became one of the most popular programming languages that people want to use.

Why is Golang Development So Popular?

Some people are still confused as to why Golang has started to become popular. One thing that you should know is this: Golang is called Go programming. The website of this programming language used to be Golang.org. The only reason why this was used is that Go.org at that time was already being used. People have started to refer to Go as Golang and have gotten used to it.

If you would think about it, Golang is the more popular term of Go probably because people can relate it more to Google. Some people say that saying “Go” makes them think of different games that they can play instead of the programming language. You can look for Golang developers who specialize in using this programming language among others.

Some of the reasons for Golang’s popularity are the following:

You want to have a Go engineer who will know what to do. The developer should be familiar with the different responsibilities that can take the programming language from good to great.

They should have the ability to create scalable, efficient, and easy to maintain code.
The developer should be able to translate software requirements so that they can create high-performance software.
They should know how to make proper design decisions. Through the designs that they are going to create, there will be micro-services that may be offeed through the program.

Some of the skills that Golang developers should have are the following:

10 Useful Tools Golang Developers Should Use

A Go coder can be very helpful in making sure that you are going to have a programming language that is dependable, easy, and proficient. Take note that even if Golang makes things easier, the performance will not get affected.

This comes with a lot of features that will be very useful for any coder:

This is the best tool to use for cooperative development. This can be effective for web development companies. Even teams will be able to use this well. It will allow debugging to take place. It can also provide code highlighting, Git integration, and so much more.

The only thing that should be remembered about this is the type of assistance that you are going to get if you need it in Chinese. The developer of this tool is Chinese which is probably why the help is written in the developer’s native language.

This is one of the famous plugins for the Eclipse IDE. People have checked this out and they have liked it. Go languagecan be easier to accomplish with the use of this plugin. It will make sure that Go source code editing can be done with syntax highlighting, brace completion, and so much more.

Are you searching for a more advanced text editor? There is no need to look any further because this is what you are searching for. This can help coders and developers to do code completion. It will also do a syntax check while the coder is writing code.

This can be effective in creating a strong development environment. This can help assist when people are using Go Language. There are also going to be some suggestions on how things can be done more accurately. This is one of the tools that is chosen by developers who would like to enhance their productivity.

This may be just one of the Golang IDE supports but some people would choose to use this over all of the other similar tools. This will allow developers to create clean codes. Some of its features include the following:

The fact that it can offer code hinting can make this very effective for beginners. Those who would need to work together as a team may use this tool more than others as productivity of the team as a whole can be increased.

This is another open-source IDE tool that can be used by a Go engineer to improve Golang. This already comes with different plugins. Programmers and developers simply need to choose the tools which they feel will be most effective for their needs. It will allow open-source assessment as well as rapid-file executions.

Some people become confused with Golang and Goland because of the one-letter difference. Take note that these are two very different things. Goland can work for Golang though. This IDE will allow smooth tool integration. It can also provide amazing coding support.

Some of the things that Goland can assess are the following:

This can also offer a tabbed interface so that it will not get confusing while you are working on the software. It can also highlight the function exit points. This is very commercial which means that it can be a whole ecosystem that is just waiting to be explored.

Ask a lot of programmers and coders who have done Golang and expect that this is one of the tools that they have used. This can support different types of programming languages and it will have features that are appreciated. It will allow completion through the use of IntelliSense. It can also do debugging with breakpoints, and so much more. This is one of the most famous IDEs which means that there are always a lot of good changes happening. It will always adhere to what the people want. They listen to what the community says as well.

From the humble beginnings of Golang in the year 2007, it has come a long way. It has managed to rise as one of the programming languages that people love using. It is simple and it can offer amazing performance. This can be the development environment that you need to create the perfect software for your business and your overall needs.

There are still a lot of tools that are just waiting to be discovered. Which one are you going to use first? You will find the importance of each one as you explore and get to know Golang more.

This site uses Akismet to reduce spam. Learn how your comment data is processed. 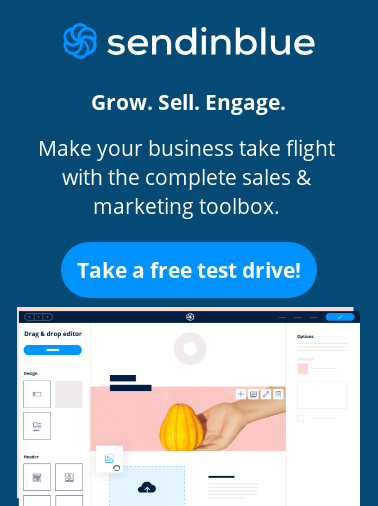 At SmallEnvelop we are passionate about WordPress Themes and Plugins. Here we provide best tips and tricks for WordPress theme development and customization.